When human beings experience something traumatic (something that causes significant distress or injury), they utilise certain coping mechanisms to survive the situation. Sometimes this can result in Post Traumatic Stress Disorder (PTSD), or a variety of other mental health issues that can manifest later on in life, occasionally long after the abuse has passed. 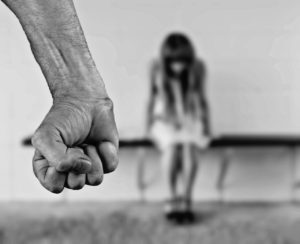 Trauma and abuse can manifest in many forms.

Types of Trauma and Abuse:

Physical Trauma: This occurs when a person’s body is seriously injured. If you watch any crime shows, you’ve probably heard the term “blunt force trauma” to indicate an injury made with a blunt object. Physical trauma can come from any type of severe injury, and can include physical and/or sexual abuse.

Emotional Trauma: Like physical trauma, emotional trauma occurs after a severe emotional injury. This can come from witnessing a horrific or frightening situation or from being directly emotionally abused. Physical and emotional trauma can be related, with both stemming from the same incident. 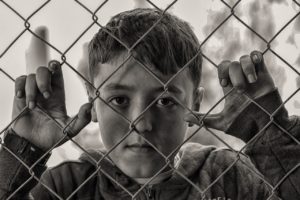 Physical Abuse: Abuse is defined as “cruel and violent treatment of a person or animal.” Physical abuse can involve physical trauma, but trauma does not necessarily come from intentional abuse, and physical abuse does not always cause trauma. Physical abuse can leave very mild physical injuries, and if the abuser is careful to hide his or her actions, there may not be any visible evidence at all.

Sexual Abuse: Sexual abuse occurs any time a person engages in a sex act with a non-consenting person. While it often does, sexual abuse does not need to include physical trauma or visible signs of violent rape. While sexual abuse can (and does) happen to anyone, children and women are the most common victims. More often than not, rape and other forms of sexual abuse are committed by someone the victim knows.

Emotional/Verbal Abuse: Emotional abuse happens when someone’s abusive words or actions leave an emotional wound. Nearly all physical and sexual abuse is accompanied by emotional abuse, but emotional abuse can occur without any physical contact between the victim and abuser. Emotional abuse is sometimes used synonymously with the term “verbal abuse,” since many abusers use cruel, domineering, and degrading language to abuse their victims, either in conjunction with physical abuse or by itself.

PTSD and Stressful Situations: Trauma and PTSD do not necessarily result from a single incident. Ongoing low-level abuse can have a very serious and lasing effect on a child’s mental and emotional development, and an adult may lose the ability to cope with daily situations as a result of ongoing stress and abuse.

Treatments for trauma, abuse, and PTSD have been highly successful.

Sadly, abuse is very common in our world, and as a result psychologists are thoroughly trained in how to treat it in its many forms. Recovering from abuse and PTSD can take time, but with proper guidance it’s possible for anyone to make a full recovery and live a healthy life.

Treatment for abuse and PTSD typically involves talk therapy, in which a psychologist will work with the patient to examine the abuse and how it is affecting their present life. From that point, the psychologist and patient will work together to overcome these effects and create a plan for returning to full mental health.

If you have been abused or think you may be suffering from the effects of trauma, please set up an appointment with me today, so I can help you take the first steps toward recovery.