In healthy individuals, anger is a normal emotion that can be experienced without causing damage to one’s relationships or career. However, anger is often used as a coping mechanism and a way to cover other emotions. When anger is used in these ways, it can easily lead to impulsive, harmful actions. “Rage” is often used to describe uncontrolled or extreme anger, and is often seen in moments of conflict. 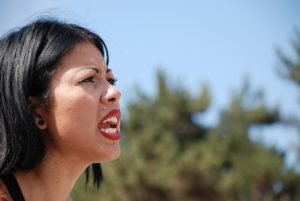 Uncontrolled anger can manifest as shouting or violent outbursts.

What Leads to Unhealthy Anger?

Sometimes, people who were raised to believe that expressing sadness or pain is unacceptable will turn to anger as the only way to give their emotions a voice.

What Are the Dangers of Unhealthy Anger?

Uncontrolled expressions of anger don’t simply make someone unpopular. A person with anger management issues can cause lasting damage in their relationships, family, and career. 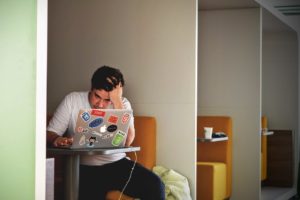 Improper expressions of anger can lead to workplace or relationship troubles.

Abuse:  Unhealthy expressions of anger often lead to verbal and emotional abuse toward others. For instance, a parent with unchecked anger issues is likely to turn to verbal or physical abuse toward their child whenever the child displeases them.

Failed Relationships:  Anger issues also appear in relationships, and whether through abuse or an unappealing lack of self-control can lead to a series of short-lived romances.

Troubled Career:  The inability to express anger in a healthy manner can lead to devastating consequences in the workplace. Because individuals with anger management issues are often unskilled in handling conflict, they may feel persecuted whenever a conflict arises, and may be reprimanded for inappropriate expressions of anger.

Self-Harm:  Unhealthy and uncontrolled anger that focuses inward can also lead individuals to self-harm either physically or emotionally. Physical self harm can be seen in cutting, burning, or even beating one’s own body. Emotional self harm occurs when the individual berates his or herself on a regular basis, diminishing all self-esteem.

Diminished Emotional Capacity:  Because many people who suffer from uncontrolled anger issues have never been allowed to express other emotions, they are often unaware of their own emotional state, and are therefore unable to experience sadness or joy, or other repressed emotions completely.

How Is Unhealthy Anger Treated?

People with anger issues often never learned how to handle conflict properly as children, seeing it as something to be avoided or destroyed rather than worked through. Part of what a patient will learn in psychotherapy is how to deal with conflict in a positive way. The patient will also need to learn how to accept their other emotions, allowing uncomfortable feelings such as sadness and vulnerability to be expressed rather than hidden behind a mask of anger. 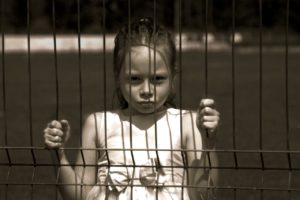 Learning anger management often requires an individual to re-learn how to express emotions.

Psychotherapy is the most effective treatment for those struggling with anger management and conflict-resolution problems. If you want to learn how to express your anger in a safe and healthy way, please contact me today and set up an appointment.