Clinical Depression (also known as Major Depressive Disorder) is a mental illness characterised by a lack of interest, persistent sadness, or a state of hopelessness. It is a common illness, affecting some 1 million Australians per year, and can be mild or severe in nature. Because of the stigma surrounding mental illness, many people suffering from depression do so silently, preferring to allow the illness to advance rather than seek treatment. 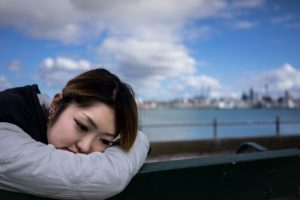 The stigma surrounding this illness can prevent some people from seeking treatment.

What is Clinical Depression?

While “depression” can be categorised as a mood or temporary feeling, clinical depression is an on-going state of mental illness that can severely impact the lives of those affected. When a person is depressed, the chemicals in his or her brain are not produced in the right amounts, leading to profound sadness or disinterest.

What are the Symptoms of Depression?

It is an illness that can manifest in many different ways, and signs can appear gradually over the course of time, making it more difficult to detect than an abrupt shift in mood and personality. Some of the most universal symptoms are:

Other Types of Depression and Related Disorders

Some forms of depression and similar or overlapping mental health disorders are: 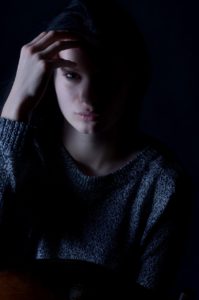 Anyone can experience this illness, regardless of age, gender, race, or socioeconomic class.

Anyone can fall victim to it, no matter what their age, race, gender, social status, or living situation. Depression can affect people who seem to live “the perfect life,” as well as those living in unhappy circumstances. One source of frustration for some sufferers is that they can’t figure out what they’re sad about; everything in life seems to be fine.

While anyone can experience it, some groups are statistically more likely to experience it. Worldwide, women are more prone to depression than men, and middle-aged adults are more susceptible than younger adults.

Certain “risk factors” also increase one’s probability of developing this illness. These include:

Although depression can seem to come from nowhere, it is often the result of an ongoing emotional or mental struggle.

How Is Depression Treated?

There are many treatments for it, and choosing the best course of action will depend – in part – on what the root causes of your depression are. Often, your psychologist will recommend psychotherapy (sometimes called “talk therapy”). Through this guided discussion, your psychologist will help you identify some of the origins of your depression. Once these are determined, they can be addressed. 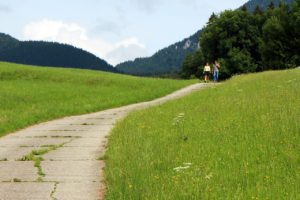 Working with a psychologist can help put you back on the path to mental health.

If you believe you’re suffering from depression, I encourage you to reach out to me. I can help you overcome your illness and get back to being you.